Bondamunda (बन्डामुन्डा / ବନ୍ଧମୁଣ୍ଡା), station code BNDM, is a railway station in Sundargarh district of the Indian state of Orissa, India. It is under the administrative control of the Chakradharpur Division of the South Eastern Railway zone of the Indian Railways. Find seat availability, train schedule, trains passing through Bondamunda.

List of all trains name and train numbers at Bondamunda (BNDM) 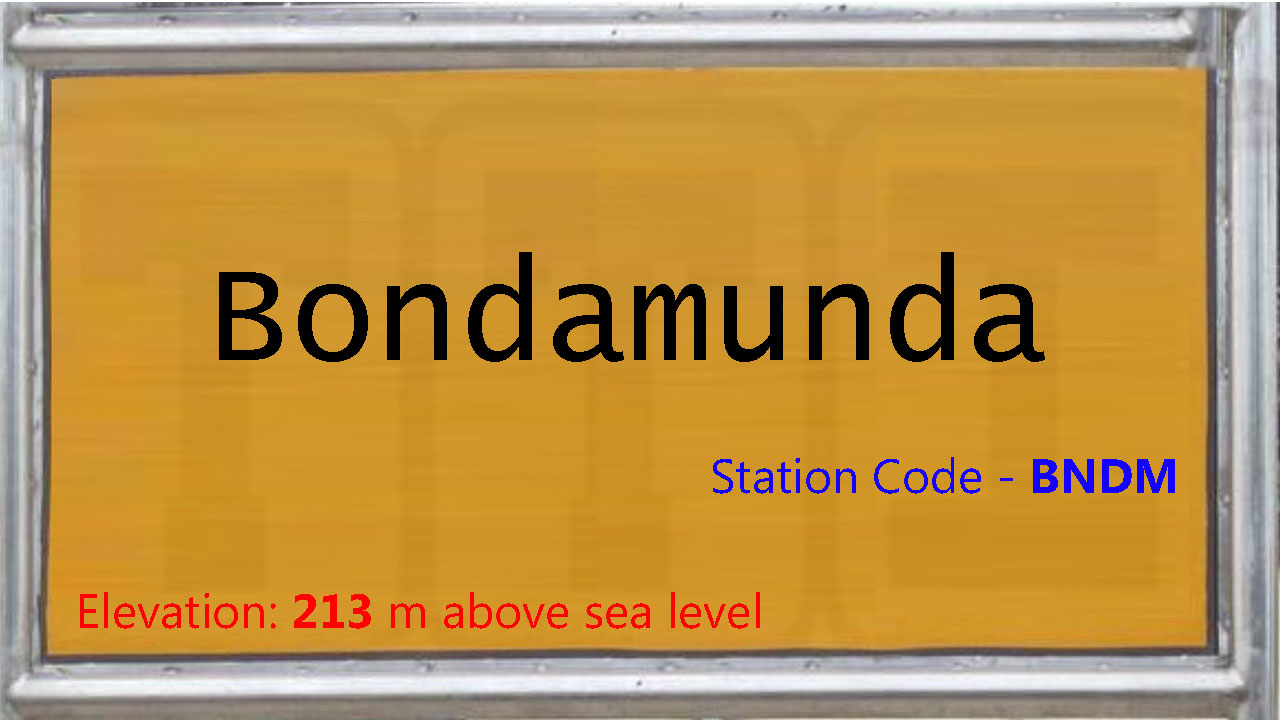