Kottapandillapalli (कोत्तपंदिल्लपल्लि), station code KPLL, is a railway station in Prakasam district of the Indian state of Andhra Pradesh, India. It is under the administrative control of the Vijayawada Division of the South Coast Railway zone of the Indian Railways. Find seat availability, train schedule, trains passing through Kottapandillapalli.

List of all trains name and train numbers at Kottapandillapalli (KPLL) 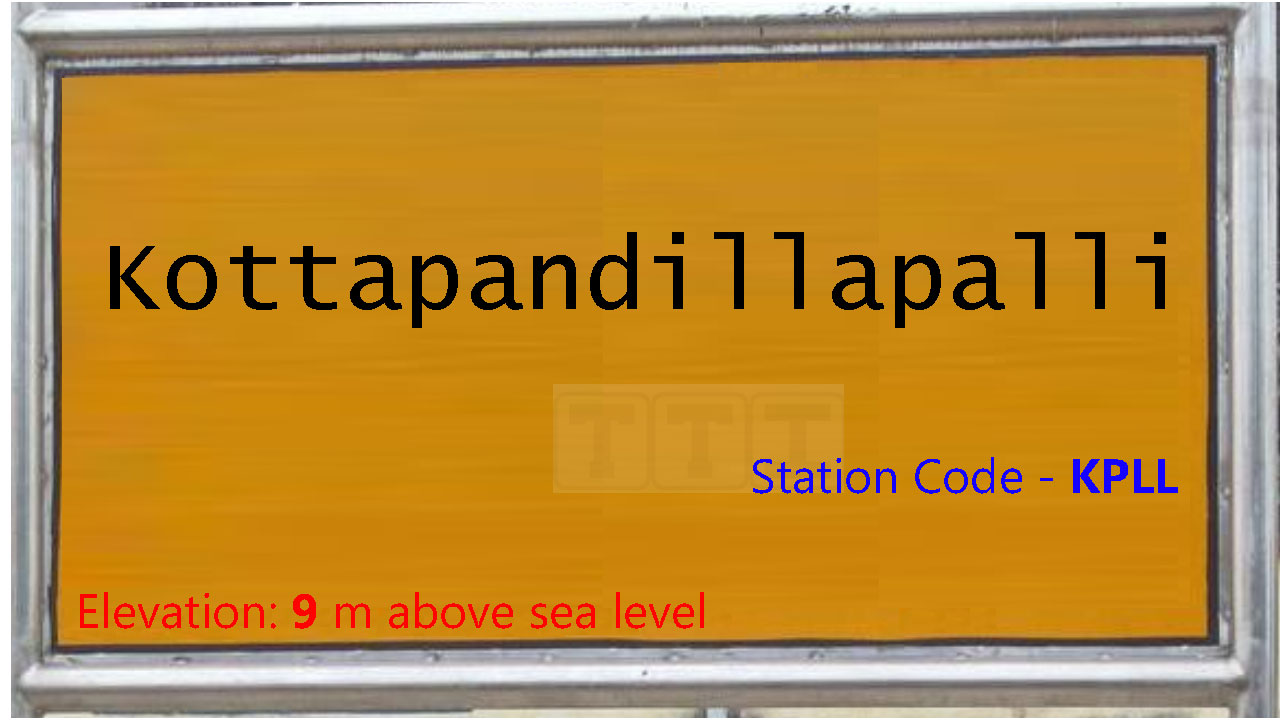