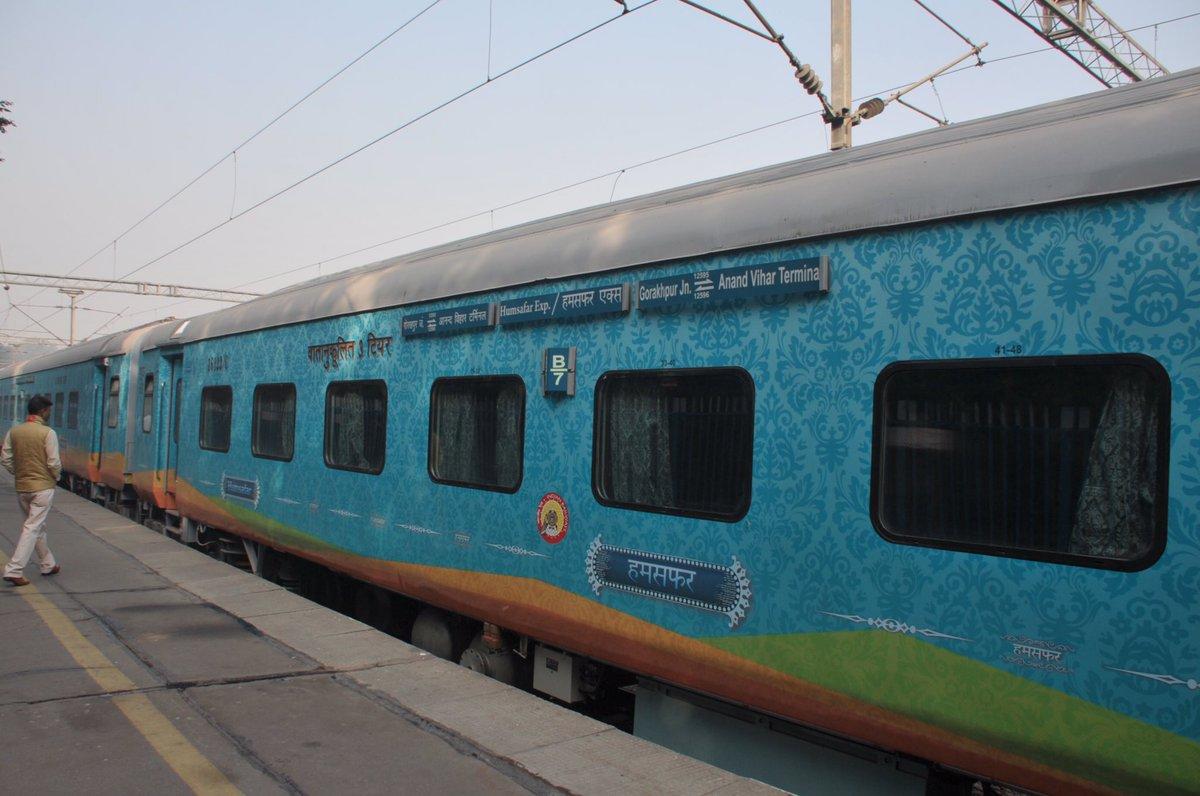 Humsafar Express as overnight inter-city service on high-demand routes. The all new 3-Tier AC train to roll out in October. Announced by Railway Minister Suresh Prabhu during the presentation of the Rail Budget 2016-17, Humsafar, a special class service comprising only AC-3 coaches, is set to launched between New Delhi and Gorakhpur.

The train, during its journey from Anand Vihar Terminal, crosses tow railway station and terminates at Gorakhpur Junction. It takes 11 hours and 50 minutes for this train to complete its entire journey of 770 kilometers. The return train is 12595.