Bikram Shila (बिक्रम शिला), station code BKSL, is a railway station in Bhagalpur district of the Indian state of Bihar, India. It is under the administrative control of the Malda Division of the Eastern Railway zone of the Indian Railways. Find seat availability, train schedule, trains passing through Bikram Shila. 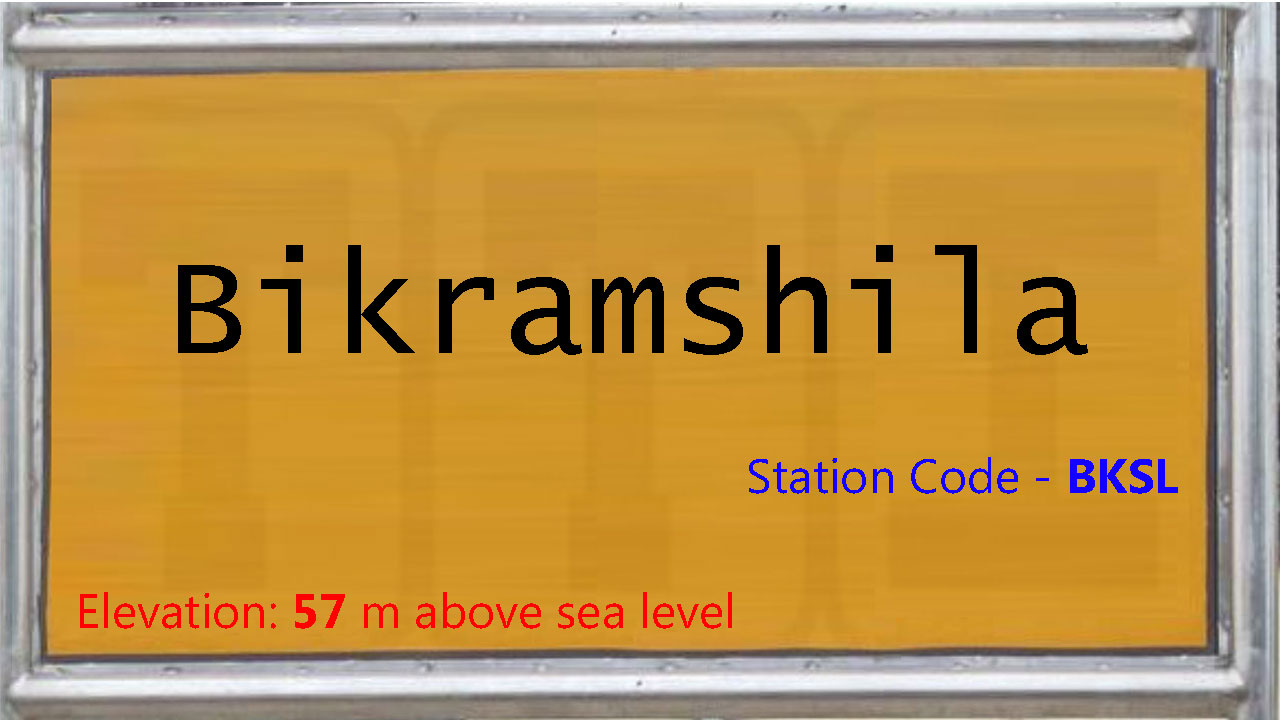