Gorumahisani (गोरुमाहिषानी), station code GUMI, is a railway station in Mayurbhanj district of the Indian state of Orissa, India. It is under the administrative control of the Chakradharpur Division of the South Eastern Railway zone of the Indian Railways. Find seat availability, train schedule, trains passing through Gorumahisani.

List of all trains name and train numbers at Gorumahisani (GUMI)

78032 Badampahar - Tatanagar DE... DEMU SER 11:51 12:01 10m 1
If you are planning to travel to Gorumahisani by train, get complete information about GUMI / Gorumahisani station, nearest airport to Gorumahisani. Complete list of trains to and from Gorumahisani 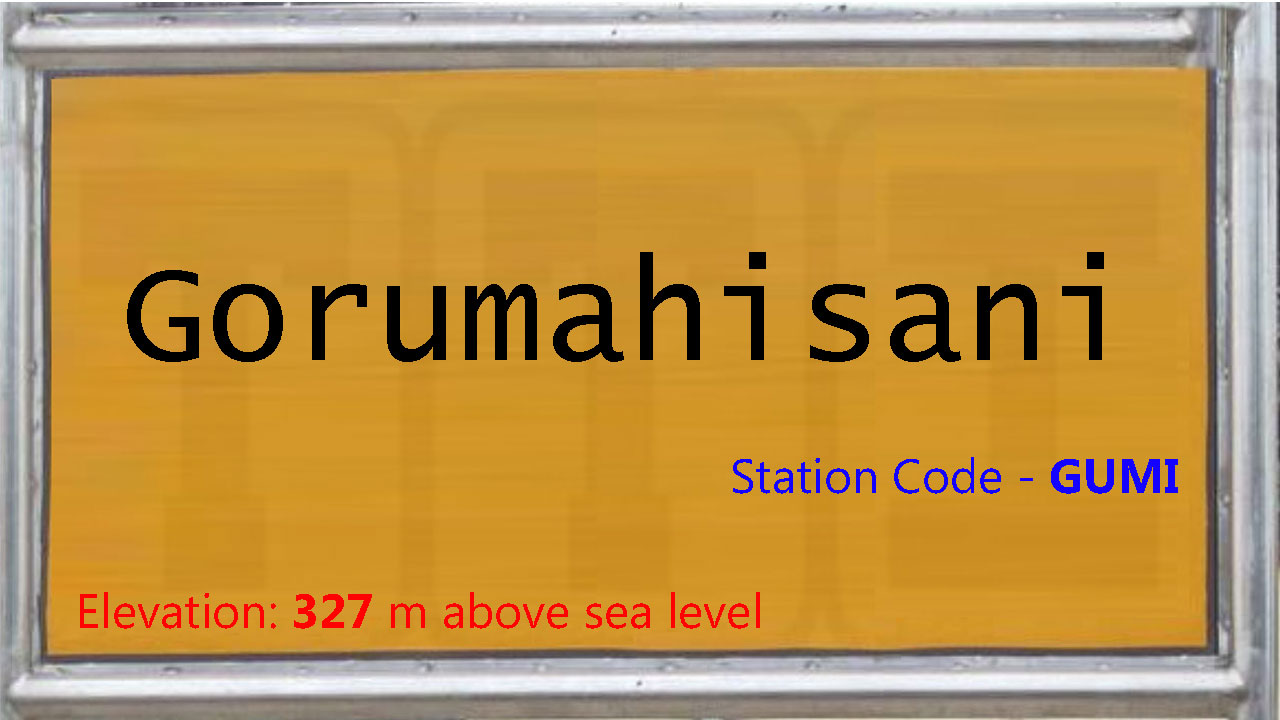