Narkatia Bazar Halt (नरकटिया बाज़ार हॉल्ट), station code NKBR, is a railway station in East Champaran district of the Indian state of Bihar, India. It is under the administrative control of the Varanasi Division of the North Eastern Railway zone of the Indian Railways. Find seat availability, train schedule, trains passing through Narkatia Bazar Halt. 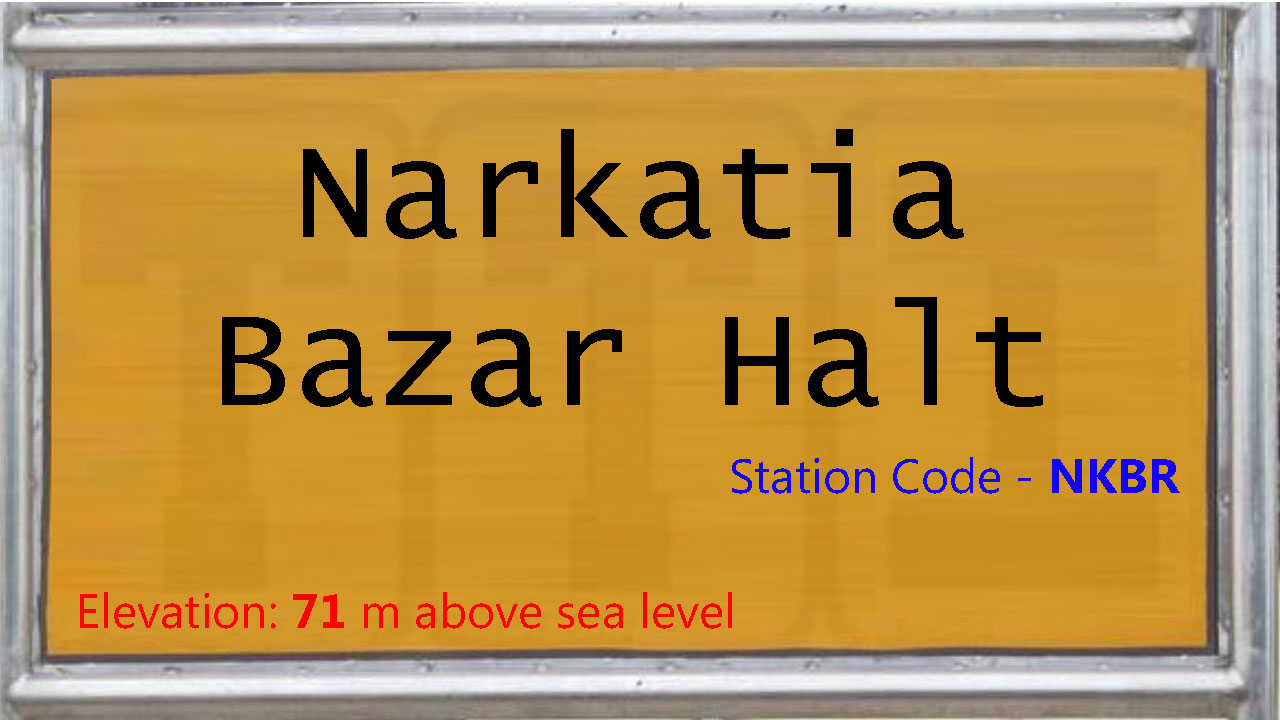