Varkala Sivagiri (वर्कला शिवगिरी), station code VAK, is a railway station in Thiruvananthapuram district of the Indian state of Kerala, India. It is under the administrative control of the Thiruvananthapuram Division of the Southern Railway zone of the Indian Railways. Find seat availability, train schedule, trains passing through Varkala Sivagiri. 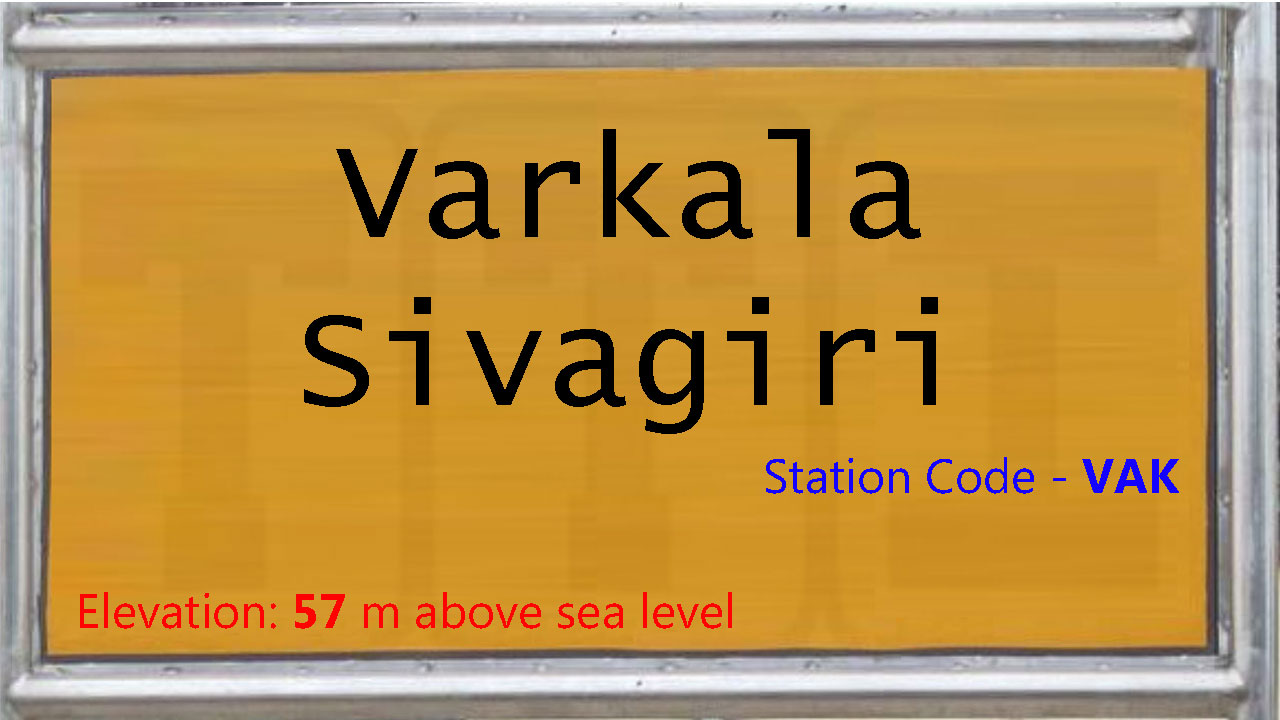