Jawan Wala Shehar (जवांवाला शहर), station code JWLS, is a railway station in Kangra district of the Indian state of Himachal Pradesh, India. It is under the administrative control of the Firozpur Division of the Northern Railway zone of the Indian Railways. Find seat availability, train schedule, trains passing through Jawan Wala Shehar. 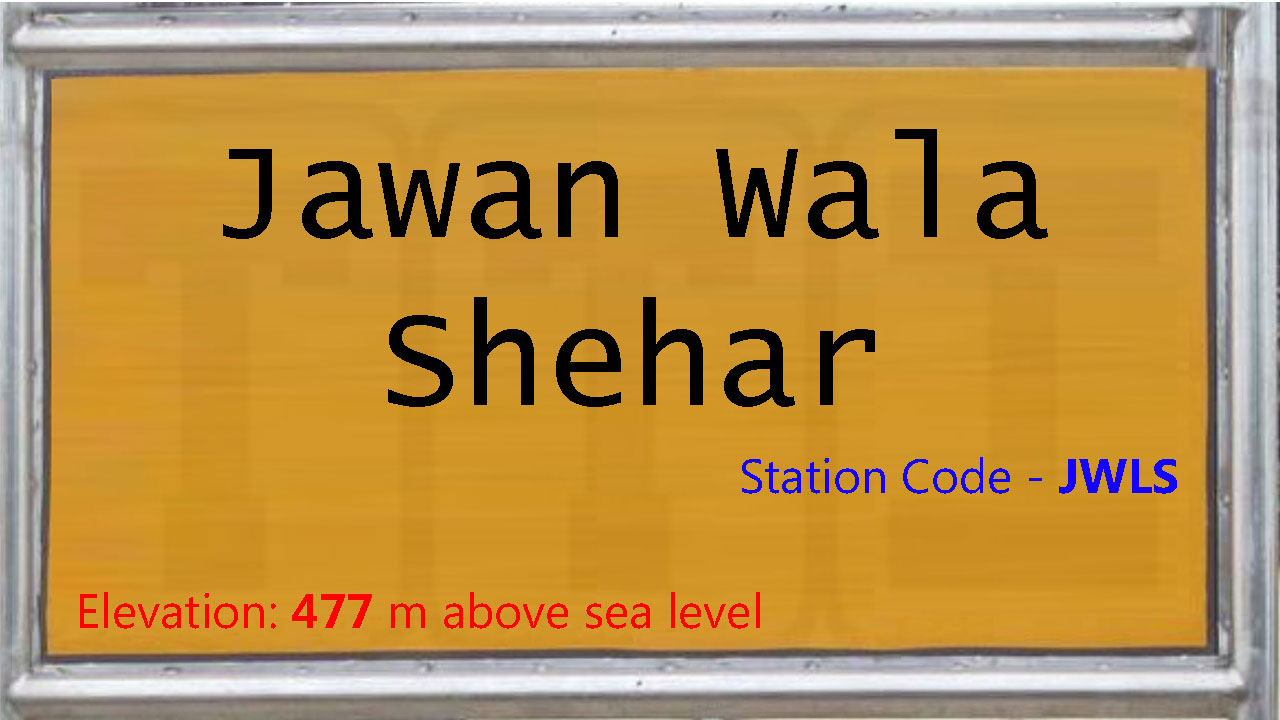