Bathua Bazar (बथुआ बाज़ार), station code BHBR, is a railway station in Varanasi district of the Indian state of Uttar Pradesh, India. It is under the administrative control of the Varanasi Division of the North Eastern Railway zone of the Indian Railways. Find seat availability, train schedule, trains passing through Bathua Bazar.

75203 Sonpur - Panchdeori DEMU... DEMU ECR 21:31 21:33 2m -
If you are planning to travel to Bathua Bazar by train, get complete information about BHBR / Bathua Bazar station, nearest airport to Bathua Bazar. Complete list of trains to and from Bathua Bazar 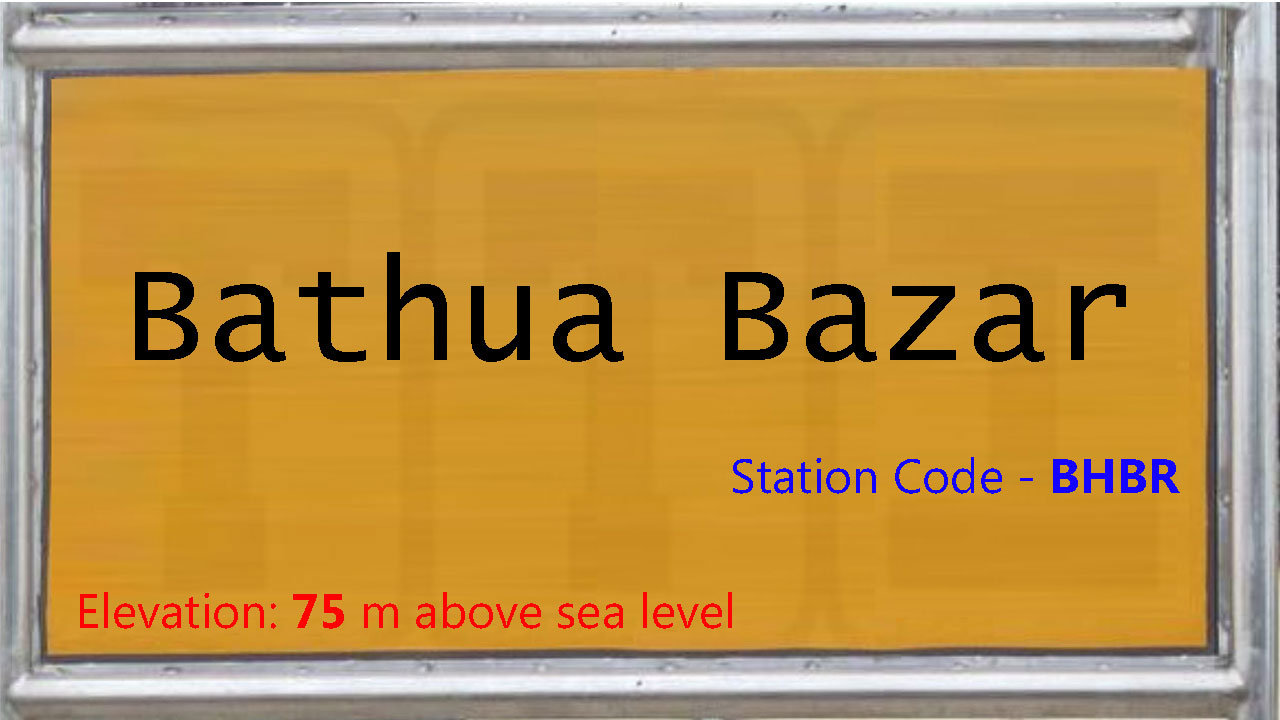