Baiyyappanahalli Cabin (बैयप्पनहल्लि केबिन / ಬೈಯಪ್ಪನಹಳ್ಳಿ ಕ್ಯಾಬಿನ್), station code BPHI, is a railway station in Bengaluru district of the Indian state of Karnataka, India. It is under the administrative control of the Bangalore Division of the South Western Railway zone of the Indian Railways. Find seat availability, train schedule, trains passing through Baiyyappanahalli Cabin. 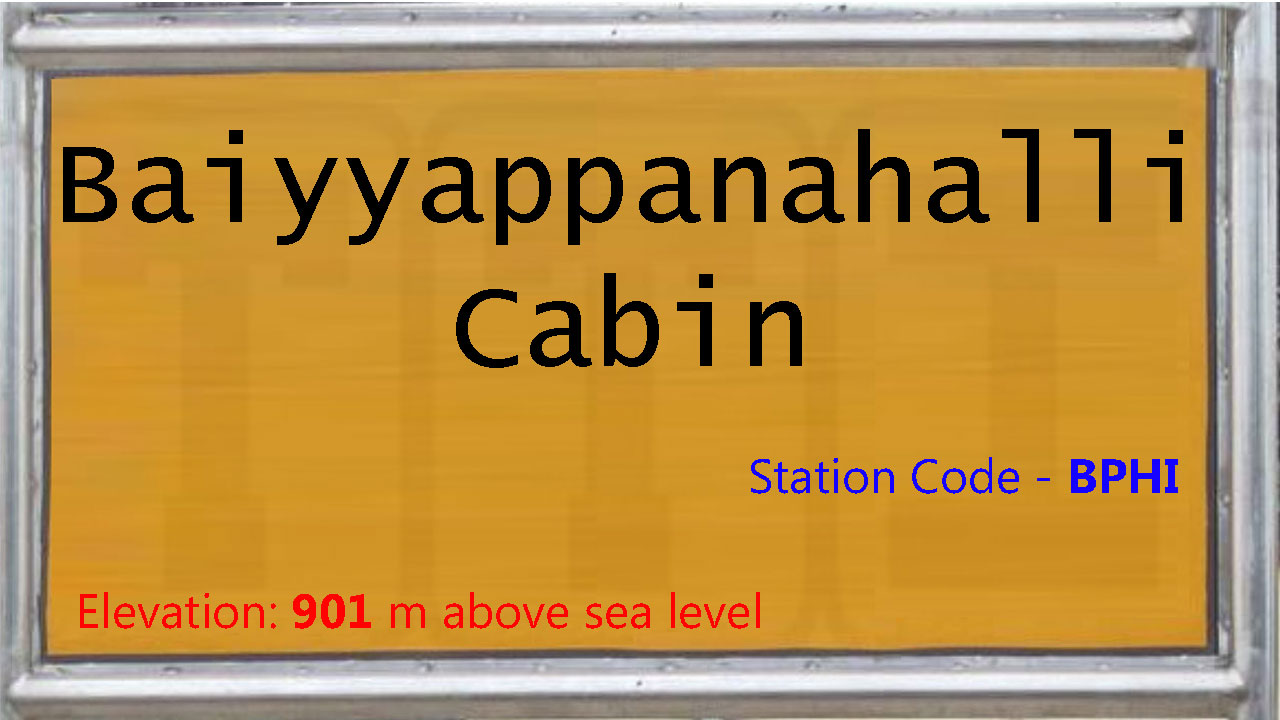